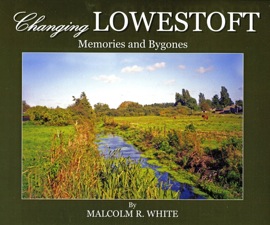 Changing Lowestoft features a splendid selection of bygone views and more recent ones of a wide range of locations, scenes and buildings in Lowestoft, Oulton Broad and Pakefield, with some photographs in colour. Very much a book concentrating on aspects of the town including the road network and bygone industries such as the Eastern Coach Works, it also includes some past and contemporary views of the port which illustrate the once great fishing industry and the importance today to Lowestoft of the renewable energy industry.

The subjects are in some cases unusual and not normally found in books with a similar theme and produced by large national based publishers and printed in far away locations. These are sometimes written by authors not very familiar with the town.

A selection of advertisements for bygone local retailers and other businesses so familiar to many townsfolk, has been included for additional interest. The book presents an unbiased view of changing Lowestoft very much from a local person’s viewpoint, and attempts to provide a balanced view of the changes that have occurred locally. Published in late 2012, Changing Lowestoft does not gloss over some unsatisfactory aspects of the Lowestoft area at that time which may become obvious whilst reading the book.

Changing Lowestoft is the first of the “then and now” type of publications to be written and published in Lowestoft, and printed at Reydon near Southwold. It is the twentieth book in this popular series which have all been written by the same local author. As with all the books in the series, Changing Lowestoft is produced on a non profit making basis with any profit made being donated to charity.

Changing Lowestoft can be ordered direct from Coastal Publications and is available from any good bookshop.

Pakefield beach in the early 1950s 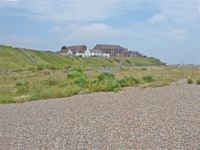